Yoga in the workplace can reduce back pain and sickness absence 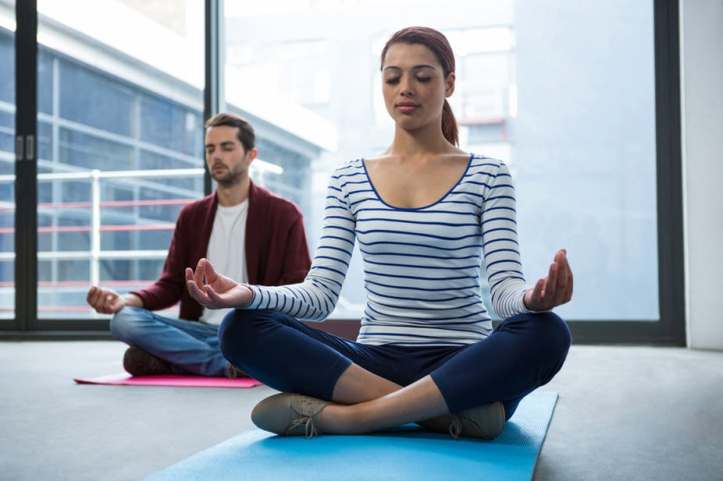 Back pain is the single leading cause of disability in the world. In the US, four out of every five people experience back pain at some point in their life. In the UK, back pain is one of the most common reasons for visits to the doctor, and missed work. In fact, absence from work due to back problems costs British employers more than £3 billion every year.

But there is a potentially easy way to prevent this problem: yoga. Our new research has found that exercises from the ancient Indian practice can have very positive benefits for back problems. Our findings suggest that yoga programmes consisting of stretching, breathing, and relaxation methods can reduce sickness absence due to back pain and musculoskeletal conditions.

There has already been plenty of research demonstrating the benefits of yoga for NHS patients, showing that patients with chronic back pain who regularly practice yoga take fewer sick days than those who don’t practice yoga. But very little research has been done which looks into the benefits of implementing workplace programmes, like we did.

We worked with 150 NHS employees from three hospitals in North Wales. The staff were randomly assigned to either a yoga group or an education group. The yoga group received a total of eight 60 minute yoga sessions, once a week for eight weeks. In addition to this, the yoga participants were given a DVD and a poster for home practice. They were invited to practice yoga at home for ten minutes a day for six months. The education group meanwhile received two instructional booklets for how to manage back pain and reduce stress at work.

The yoga programme was based on Dru Yoga – which emphasises soft, flowing movements – and consisted of four parts. To start each session, there was a series of gentle warm-up movements, followed by eight stretches to release tension from the shoulders and hips. Then participants did four back care postures to develop suppleness in the spine, and improve posture. This was completed with relaxation techniques to create an overall feeling of positive health and well-being.

Those who improved the most were participants who also practised yoga at home for an average of 60 minutes or more each week. Ten minutes or more a day of home practice was associated with doubling the reduction in back pain, and many participants noted that it helped them to better manage stress too.

In the US, about a quarter of all major employers deliver some form of meditation or yoga, but it has yet to be taken up so widely in the UK, or elsewhere in Europe. Insurance company Aetna, for example, offers free yoga classes to their 55,000 employees with reported annual savings of US$2,000 (£1,520) per head in healthcare costs and a US$3,000 (£2,280) gain per person in productivity. Preventing back pain makes economic sense all round. Yoga seems not only good for employees and employers, but also for the economy as well.

With more and more research confirming the health benefits of yoga, the National Institute for Health and Care Excellence (NICE) in the UK now recommends stretching, strengthening and yoga exercises as the first step in managing low back pain. Public Health England also advises yoga classes in the workplace.

Since our initial work with the NHS proved to be such a success, the Dru Yoga healthy back programme used in the study has been delivered to staff at Merseyside Police, Great Ormond Street Hospital, the Institute of Chartered Accountants, Siemens, Barclays, Santander and many other private and public organisations. We now hope that many more will take up yoga to improve the health and well-being of their employees.

Originally posted in The Conversation