Another Valentine’s Day is upon us – a day when it often appears that everyone else in the world has a perfectly happy committed relationship based in deep, abiding, and playful love.

In other words, a day when most of us writhe in disappointment.

It’s not that we’re saying we’re not loved at all, or that we don’t love, or that we’ve never tasted love. The frustration I hear most (in my office, in the media, and from friends) is that, “No one loves me the way I need to be loved.” And sure enough, as spring blooms, scads of those happy couples around us will break up, and even divorce, for just this reason – at least one member didn’t feel adequately adored.

As an interesting experiment, if someone in your life is saying this, ask them if they’ve ever felt loved in the right way. Even by an animal.

“Oh!,” you’re bound to hear, “Well sure, my dog loves me unconditionally! But no person can do that.” 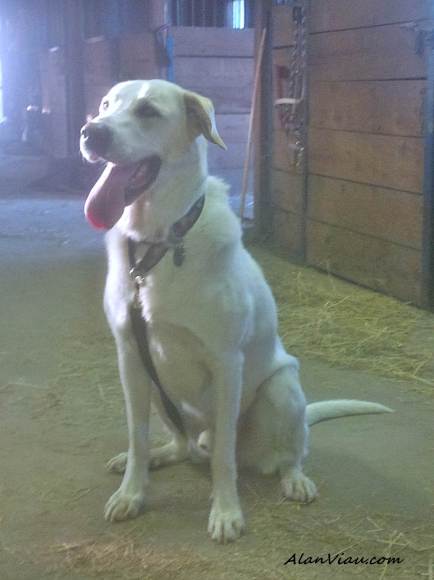 Really? Ask a four-year-old how they feel about their mother. You won’t hear a lot of conditions. Or, more relevantly, ask a parent how they feel about their teething six-month-old at 3:15 a.m. after the brat screams bloody murder in their face for two straight hours, completely ignoring their soft urging to “shhhhhhh.” Do they think about trading this life for their pre-baby freedom and scream-less sleeps? Absolutely.

Would they actually make that trade and give up their bundle of joy? I’m sure any new parent would say, “No way!”

Why not? Because their love is unconditional.

Everyone reading this has experienced unconditional love from humans in one way or another. And most of us have felt and given that love too – to babies, to children, even to whiny demanding teens.

So why are we so damnably bad at giving it to each other?

From what I’ve seen in my practice, it’s because of a lethal mixture of two curses: Scoreboards and Entitlements.

From the time we turned about five years old, we started caring enormously about whether any peer relationship we’re in is “fair.” This extends from how long you’re allowed the handball on the playground, to deep hurt about grades on seventh-grade homework, to an enormously complex Scoreboard in romantic relationships, where, “Did he respond to my text within three minutes?” equates to “Did she clean up after her dinner last night?” equates to “Am I the only one who wants to become a parent?” equates to “Does this person love me?” And all equate to the timeless query, “Will you still love me tomorrow?” (Note, I emphasize that this only applies to peer relationships. When that infant is screaming in our arms, we accept that our relationship with said baby will be a one-sided deal for at least a while – or that a cheerful smile or hug is payment enough.)

This Scoreboard mindset would be bad enough, but then throw in Entitlement, and things get far worse.

Imagine a couple, with a woman who always returns texts immediately but is a bit messy at home, and a man who’s a neatnik in the house, but sees no reason to respond to a question until he has some convenient time for it.

Now, she doesn’t see her promptness as anything special, while he feels the same way about dishwashing. Therefore, both feel egregiously insulted when the other doesn’t naturally do the same as they would.  They consider their behavior “normal,” and believe that anyone in any relationship should be entitled to their partner behaving this way.

These two concepts – the Scoreboard and the Entitlement – added together, create a mindset that could never allow unconditional love, because each partner is constantly fighting to be treated fairly, by someone who puts a different value on every action either takes.

The best that can happen in this situation is compromise. This occurs when each partner communicates well enough to come to an agreement, such as that a clean kitchen “equals” swift texting response time. And this certainly makes for a calmer home. But in a compromise, neither participant feels that they’re being loved unconditionally. Peace, but no rapture.

If only each could learn to love so unconditionally that both believed it all the time, imagine how happy and secure the relationship would feel.

Is that possible? Of course it is. We just need to consult with an expert on unconditional love. Someone who understands it so deeply that they can’t imagine living any other way.

In other words, let’s look at what we can learn from a dog.

1. Never take anything your partner does for granted (within the relationship)

When you feed a dog, it’s thrilled. When you pull out a leash, your pup will dance to put Gene Kelly to shame. When you come home after a long day away, your dog will celebrate the Second Coming.

Love is an active word. Dogs do “love” all the time, while we do a lot more analysis, scoring, judgment, resentment, and taking-for-granted. Whichever anyone does, the more they’re likely to find themselves getting the same in return.

2. Know that when your partner acts in a way that makes no sense to you, it makes sense to them.

The core of “unconditional” is in not judging. We don’t look at a dog chasing its tail as doing something wrong, and a dog doesn’t look at us spending hours staring at a glowing box as stupid.

If Jane loves to shop while Jim loves baseball statistics…so WHAT! Why complain? Enjoy their quirks, habits, obsessions for what they are! Or, as the old Sinatra tune crooned, “I’ve got some habits even I can’t explain…why try to change me now?”

3. Always try to give more than your partner can ever return, and let them do the same.

The Golden Rule says to do unto others as you would have them do unto you. Any mutt would hear it and scoff, “Amateurs! That rule still has a scoreboard!” How about treating others better than you would ever treat yourself?

A dog devotes herself to protecting her family, giving constant love, entertaining them, and yet offering them full and consistent obedience. How about using that as a role model, instead of the latest Cosmo questionnaire.

Now the Golden Rule does imply that the ideal is to do this to all sorts of others, not just the significant variety. But when it comes to your nearest and dearest, the Golden Retriever Rule begins where the just-Golden one ends.

The greatest advantage dogs have over humans is their lack of shame. Their smaller brains lack self-consciousness, so Fido will never judge himself the way you will.

Think of how it felt when your teenage crush rejected you. I’m sure it felt like you’d been pushed off a cliff and, as you fell, you relived every awful feeling you’d ever had about yourself. The closest a dog gets to that is, “Maybe I can’t trust them anymore.” They don’t absorb a single belief about themselves! Their brains just can’t go there.

So how does that affect their ability to unconditionally love? It enables it by making loving so much easier!

If you’re beloved says they’re too busy to talk to you right now, see that as their issue; maybe they’re working too hard, or are too stressed. And maybe you can do something to help them through that. If you curl up on your partner’s lap and they push you off, just know that they can’t deal with you right now and try again later. Maybe they’re in a terrible mood, maybe they’re ill, maybe they’re in pain. Whatever it is, your making it about you will only make things worse!

Feel free to be annoyed at your beloved’s behavior (any mutt would), but always fight against any voices inside you telling you why they did it, especially if that voice says it’s because of something wrong with you.

5. Last but not least, always remember, even a dog will run away from a human who abuses it too much.

Unconditional love means that you love fully and with an open heart. When someone takes advantage of that, or simply treats you too horribly, you don’t need to stay. Even if you still love them unconditionally. Love doesn’t equal taking abuse. And you need to treat yourself with unconditional love (as dogs do) before you can truly give it to someone else.

Love isn’t easy. At least not for us homo sapiens. Our self-conscious, oversized brains make it an endless trial. But if you just follow these suggestions, you can gather a bit of “the greatest thing you’ll ever learn,” as promised in the old song: “Just to love, and be loved in return.”

And, if you need further Valentines coaching, your local animal shelter or rescue have some great professors. They’re just begging to help you all they can.

Source: Douglas Green is a psychotherapist, specializing in helping kids and teens build lives they can be proud of. He is also the creator and writer for AskShirelle.com, which helps kids, teens, parents, and others around the world with advice from the point of view of a friendly dog, and is the author of The Teachings of Shirelle – Life Lessons from a Divine Knucklehead. Learn more about Green at www.CavalleriaPress.com, and connect on Facebook and Twitter.