A new study indicates that a meat-rich diet may increase the risk of developing kidney cancer through mechanisms related to particular cooking compounds. Also, these associations may be modified by genetic susceptibility to kidney cancer. Published early online in CANCER, a peer-reviewed journal of the American Cancer Society, the study illustrates how diet and genetics may interact to impact cancer risk. 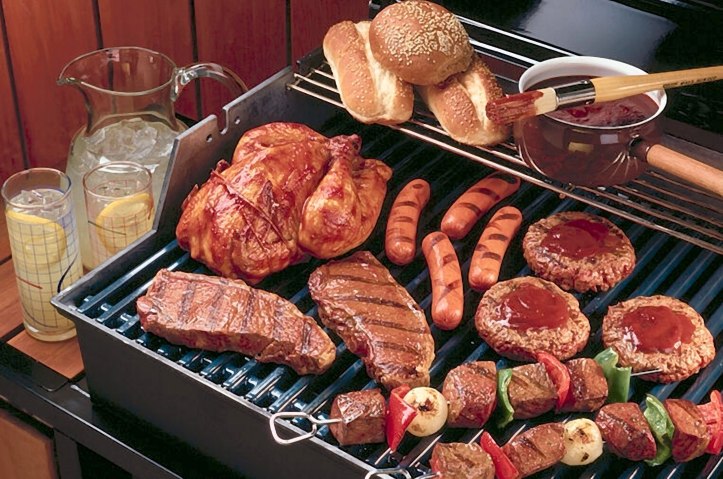 The incidence of renal cell carcinoma (RCC), the most common form of kidney cancer in adults, has been increasing in the United States and other developed nations. Investigators suspect that factors related to a western lifestyle—such as a diet high in meats, processed foods, and starches—may play an important role in this trend. To investigate, a team led by Xifeng Wu, MD, PhD, of The University of Texas MD Anderson Cancer Center in Houston, studied the dietary intake and genetic risk factors of 659 patients newly diagnosed with RCC and 699 healthy controls.

The researchers found that kidney cancer patients consumed more red and white meat compared with cancer-free individuals. Also, cancer patients consumed more cancer-causing chemicals that are produced when meat is cooked at high temperatures or over an open flame (particularly pan-frying or barbequing). Finally, the investigators discovered that individuals with certain genetic variants were more susceptible to the harmful effects of these cancer-causing chemicals.

“Our study provides additional evidence for the role of red meat, white meat, and 2-amino-1-methyl-6-phenyl-imidazo(4,5-b)pyridine (PhIP) in RCC etiology and is the first study of dietary intake of mutagenic compounds and RCC risk to suggest an association with 2-amino-3,8-dimethylimidazo(4,5-f) quinoxaline (MeIQx), one of the most abundant heterocyclic amines commonly created in grilling, barbequing, and pan-frying meats at high temperatures,” said Dr. Wu. “Also, our study is the first to evaluate the impact of RCC susceptibility variants, identified via genome-wide association studies, on the association between intake of mutagenic compounds and RCC risk.”

While the study was small and limited to non-Hispanic whites, the findings suggest that reducing consumption of meat, especially when cooked at high temperatures or over an open flame, might serve as a public health intervention to reduce the risk of developing RCC. In addition, genetic testing might help to identify individuals at especially high risk.