A Catholic priest in Northern Ireland warned that those who enjoy yoga and Indian head massages are taking risks with their “spiritual health” – opening themselves up to “Satan and The Fallen Angels”. 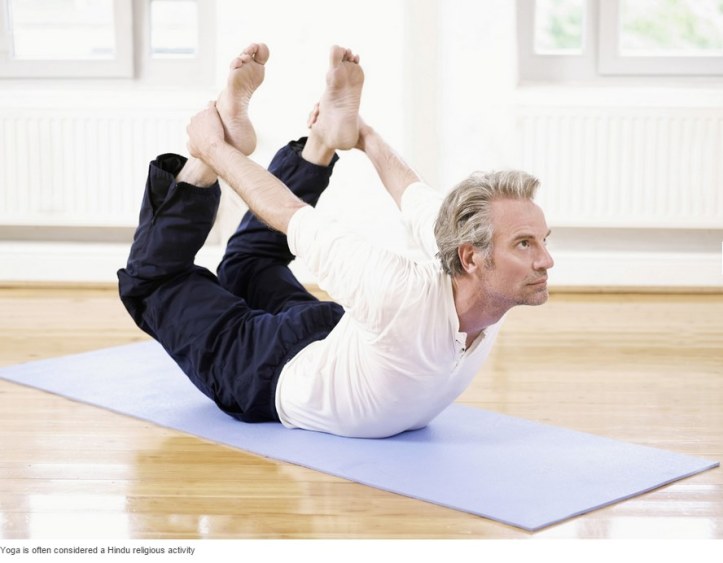 It’s been used by Hindus to find spiritual peace for more than one-and-a-half millennia. But Father Roland Colhoun, from Glendermott parish in Derry, fears it could lead Christians to “The Kingdom of Darkness”.

In an interview with the Derry Journal, he said that, while people may decide to take up yoga with good intentions, they could set themselves on a path towards “the bad spiritual domain” and even “Satan and The Fallen Angels”.

He told the Journal:  “Pope Francis said ‘do not seek spiritual answers in yoga classes’. Yoga is certainly a risk. There’s the spiritual health risk.

“When you take up those practices from other cultures, which are outside our Christian domain, you don’t know what you are opening yourself up to.

“The bad spirit can be communicated in a variety of ways. I’m not saying everyone gets it, or that it happens every time, and people may well be doing yoga harmlessly. But there‘s always a risk and that’s why the Pope mentioned it and that’s why we talk about that in terms of the danger of the new age movement and the danger of the occult today. That’s the fear.”

Father Colhoun is not alone, within the Catholic Church, in his suspicions of Yoga as a potential source for evil. In 2011, the Vatican’s own chief exorcist, Gabriele Amorth, told The Telegraph that it leads to a belief in Hinduism, and that “all eastern religions are based on false belief in reincarnation”.

“Practicing yoga is Satanic, it leads to evil just like reading Harry Potter”, he added.

And the late former Pope Benedict XVI, when he was Cardinal Joseph Ratzinger, warned Christians that yoga, Zen, and other forms of transcendental meditation could “degenerate into a cult of the body” that devalues prayer.

But despite these warnings, a yoga teacher from Derry defended the practice and described herself as “a good Catholic”.

Speaking to the Derry Journal, she says yoga students can “learn good posture and breathing to help them with tension in their bodies and to help calm a busy mind.

“In all the time I have been teaching, not one person has ever expressed an interest going deeper into the spiritual elements of yoga,” she added.

Note from Alan: I guess I am Damned for All Time …