The Good, The Bad, and The Ugly About Fostering Cats 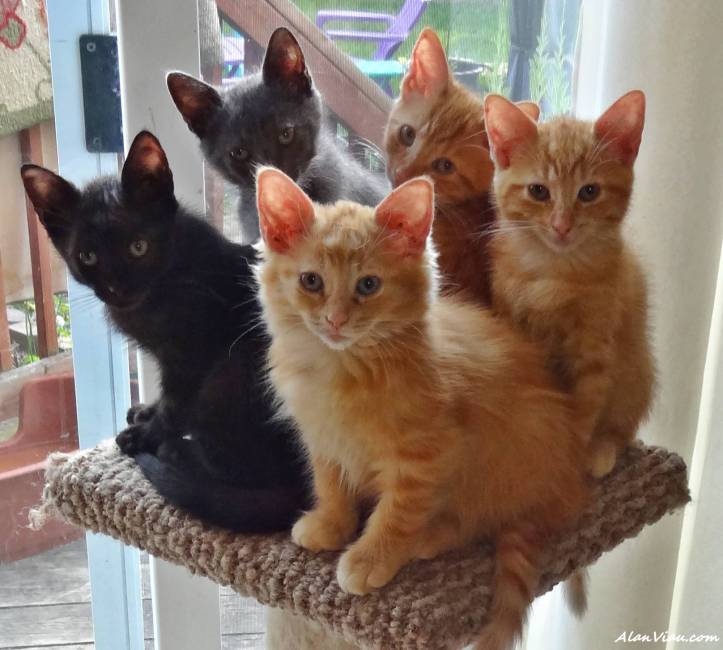 My fostering cats for a rescue story started about five years ago. It has been a tale of ups and downs and anger. Fostering is rewarding overall, with many cat stories to tell. Some of them are good, others bad and then there is the ugly.

It all began with a statement from my Sweetheart, “I want to start fostering cats.” That was five years ago and about 50 cats and kittens. I knew immediately that meant I was going to be involved since you can’t just have a cat in the house without interacting with it. In addition, because of my science lab experience where I handled animals, I can do basic vet care.

After some research, we dedicated ourselves to one rescue organization, Furry Tales Cat Rescue. There are two reasons why we decided to work with them. The first is that they are good at placing cats. In five years, they have placed 4500 cats and kittens into their forever homes. Secondly, they take in not just healthy cats but the tough cases too. Cats who may need significant vet care and rehab before being eligible for adoption. Some do not make it.

Fostering cats is an emotional journey. I have three categories for the experience.

There is nothing better than a bundle of healthy, playing kittens to liven up your house in the dead of winter. Hours of entertainment guaranteed.

One highlight is when we had eight kittens. We took in Honey a pregnant ginger cat. She gave birth to four cute kittens. Shortly after, the rescue called saying they had four kittens from another litter whose mother died and they were looking for a wet nurse. So we brought them in hoping Honey would accept them. At first she refused to let them latch on. After we had a stern talk with her, she accepted them. It was something wonderful to have a bed full of loving kittens. When they were ready, they all went off to new homes. It is so rewarding to see the smiles on the new owners faces. This is the good stuff.

As I mentioned previously, because of my science background, we take on some cases that need extra help. We have dealt with diabetes, FIPS, infections, feline leukemia, as a few examples. This requires needles, subcutaneous fluid injection, pilling, ointments and consistent 24/7 surveillance and care.

To give one story, we got a call from the rescue that there were four abandoned kittens found behind someone’s house. The mum was nowhere to be found. The person who found them, left them outside, hoping the mum would come back. For these poor little ones, that meant dehydration and heat loss.

We received them in a box. We didn’t know if they made the trip alive. They did, barely.

I immediately started giving them subcutaneous saline to fight the dehydration. We also syringe fed them some KMR milk for nutrition. For heat we cuddled them. One kitten died a few hours later.

The treatment continued the next day. But by mid-afternoon, two more were not looking well. My Sweetheart cuddled them next to her heart… and they died in her arms.

The forth one was rallying. He started meowing loudly for food. His big open pink mouth made me think of the logo for the Rolling Stones. He was promptly named Mick Jagger. He recovered and gained weight. He was also a very mischievous little one.

When he was fully recovered and ready, he was adopted by a lovely woman who loves him to bits. A happy ending to a sad story.

Some of the stories do not end well. We take in cats with special needs and sometimes they do not make it. We cry and feel sad for each one of them. The heart wrenching pain of losing a cat is the bad part of fostering.

There is an ugly side to cat fostering. It unfortunately has to do with us humans and how we treat the feline friends. Some of the fosters we receive are from owner surrender. There are many reasons why an owner surrenders an animal that could be valid. Yet we have seen many that are not. Reasons given can be, “I got a new dog and we don’t want the cat anymore”, “my boyfriend doesn’t like the cat”, and several variations. All basically state that the cat is a commodity to be disposed of when it no longer fits their needs.

This orientation is particularly evident in the province of Quebec. In Quebec, July 1 is considered moving day. And in Montreal on July 1, every year, over 1500 pets are abandoned by their owners; left on the street or locked up in an empty dwelling. These are picked up and brought to kill shelters. If they are not adopted within a time frame, they are euthanized.

Furry Tales Cat Rescue has saved many animals from their abandoned plight or their death sentence. We have one beautiful cat, Shadow, who was described as diabetic, does not like to be picked up or petted, is not friendly. He is exactly the opposite. A lovely affectionate shy pet. They wanted to dispose of him because they didn’t want to deal with diabetic cat care. Now vetted, vaccinated and chipped, he is up for adoption. He will continue a new life with someone who loves him.

The Good, The Bad, and The Ugly become part of your journey as a cat foster. We do it out of love for them. And we hope that by loving them, they can spread their love to their new owners.

Operating a cat rescue has expenses that outway the adoption fees. Furry Tales Cat Rescue is grateful to receive your donation through Canada Helps.