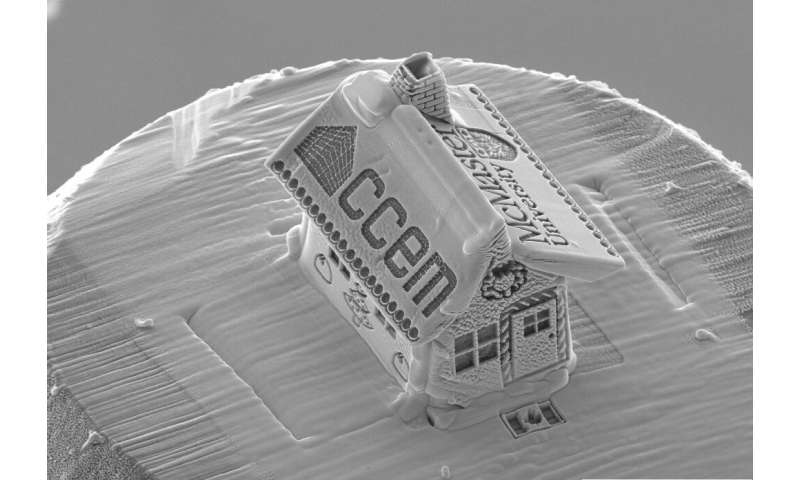 There was Tiny Tim, and then the Little Drummer Boy—but they had nothing on the microscopic gingerbread house believed to be the smallest in the world and unveiled Wednesday by a Canadian researcher.

About half the size of one made in France last year, it was cut and etched from silicon, complete with sharply defined bricks and trim, and a Canadian flag for a welcome mat.

McMaster University researcher Travis Casagrande said he used a beam of charged gallium ions that acted like a sandblaster.

Images provided by the Hamilton, Ontario school’s Canadian Centre for Electron Microscopy showed the house sitting atop a cap on the head of tiny winking snowman made from materials used in lithium-ion battery research.

The pair of decorations stacked one on top of the other are barely taller than the diameter of a human hair.

“While the spirit of the new decorations is festive, the intention of the project,” said Casagrande, “is to demonstrate the capabilities of the centre” and “stir scientific curiosity among the public.”

The centre’s suite of 10 electron microscopes and other equipment are used mostly for materials research.

Unlike a traditional desktop microscope that focuses light through optical lenses, an electron microscope uses an electron beam and electromagnetic lenses, allowing for far greater magnification.