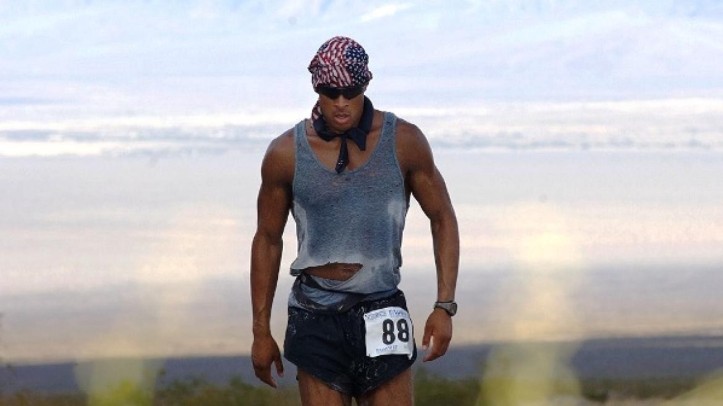 As I was looking down the long road of facing three cancers, I relied on the lessons I learned in becoming mentally tough during triathlons,  marathons. and yoga. You can make it with these six lessons by David Goggins.

There’s no doubt about it. Goggins is the only member of the US Armed Forces to complete SEAL training, US Army Ranger School, and Air Force Tactical Air Controller training.

Any of those accomplishments alone would have been impressive, but that’s not all.

He’s also the current Guinness record holder for the most number of pull-ups done in 24 hours. Alongside that record are multiple first-place finishes at the most brutal ultra-endurance events, which attracts the toughest competitors from around the world.

How does someone consistently push himself to his physical and mental limits all the time?

David Goggins doesn’t believe in motivation. In his own words, “Motivation is crap. Motivation comes and goes.”

Purpose, on the other hand, is something that Goggins can get behind.

After some of his fellow SEALs were killed in a military operation, Goggins signed up for the San Diego One Day, which was a 24-hour race where competitors would run as many miles as they could. His intention was to use this race as a qualifier for future ultramarathons, which would allow him to raise money for the Special Operations Warrior Foundation. For this race to count, he would have to run at least 100 miles in 24 hours.

Goggins was not a runner at all. Weighing anywhere from 240–270 lbs, Goggins was a big man who was into powerlifting more than anything else. That bulk had served him well in the SEALs, but it was unheard of for anyone at that size to participate in long distance runs. Heck, he hadn’t put on running shoes at all in the past year.

And yet, he somehow made it to the 70-mile mark within the first 12–13 hours. But the process had been brutal; Goggins got this far only through sheer force of will.

Goggins was in a bad place. All the metatarsal bones in his feet were broken. There were stress fractures, shin splints, and muscles tearing. He was peeing blood down his leg because he couldn’t make it to a toilet 20 feet from him.

He was on the brink of death, but he didn’t quit. He went on slowly to finish the race, finishing the 100 miles well within the allocated 24 hours.

How did he do it? Was it the mental strength that came from his cause? It would seem that way, but that’s not what really happened:

“Everyone asks me, were you thinking about the guys that died at that time? I’m not gonna lie; I wasn’t. This became a personal thing, this became me against this race; me against the kids that called me nigger; me against me. It just became something I took so violently personal.”

Even after finishing Navy SEAL and Ranger school training, the 100-mile race was the toughest challenge Goggins had faced yet.

Pain obliterates our ability to think and function. But David Goggins was fuelled by a purpose greater than himself, something more compelling than that pain.

It turns out that you can still keep going if you have such a purpose.

So how exactly did Goggins power through the remaining 30 miles?

“I broke this thing down into small pieces. I said I got to get nutrition; I got to be able to stand up before I can go through the 30 miles […] I taped up my ankles, and then my feet, and that’s how I got through that race”

It’s an experience the SEAL would likely never forget.

This lesson of mental deconstruction has its roots in a process that all Navy SEALs must go through — hell week. It’s the toughest period of SEAL training; trainees are put through 125 hours of continuous training, and typically get only two hours of sleep during that period. They’re constantly cold, wet, and miserable.

The idea is to drain the trainees physically and mentally, and then see what sort of decisions they make. Instructors do their best to make trainees ring the bell, which is used to announce that they’re quitting. Nobody holds back here.

David Goggins went through 3 hell weeks — all in a span of a year.

Rolled over from his previous two classes first due to illness and then to injury, he was given one last chance to complete SEAL training. Goggins did just that, focusing on one challenge at a time. He would eventually graduate in this final attempt.

Broken down into small pieces, there’s no obstacle that is insurmountable. We find that there’s always step that’s actionable. Add up the small bits, and we would’ve accomplished something we never thought possible.

One step at a time is how 100-mile marathons get completed.

Unbeknownst to Goggins, Jesse Itzler was participating in the same San Diego One Day race as well. The only difference was that he had participated with a six-man relay team.

Intrigued by how Goggins had manically completed the race despite his brutal injuries, Itzler invited the SEAL to live with him for a month. He wanted to learn more about the man that had finished a race despite being so ill-prepared. Goggins agreed with one condition: Itzler would do anything he said, no matter what.

On the first day, Itzler was made to do a hundred pull-ups.

Itzler did eight on his first set, then six, and then fewer still. His arms were aching, but Goggins wouldn’t relent. He stood and watched as Itzler struggled, doing one pull-up at a time.

Itzler would finish his repetitions. As he recalls in Living with a Seal:

“He [Goggins] showed me, proved to me right there that there was so much more, we’re all capable of so much more than we think we are. […] He would say thatwhen your mind is telling you you’re done, you’re really only 40 percent done”

Research suggests that statement — the 40% rule — has some truth. We are often physically more capable than we perceive ourselves to be. For instance, researchers found that subjects who were given a placebo but told it was caffeine were able to lift significantly more weight than those who were really given caffeine.

There’s a reserve tank within us that we never really tap on. Only by pushing ourselves to our limits — and then breaking them — can we reach our full potential.

David Goggins believes that he’s the toughest man on the planet. He thinks that he can complete virtually any task set before him.

He probably can. But the point is that you have to see yourself accomplishing something before it really happens. The mind has to conceive it before the body can achieve it.

The question he asks himself in times of struggle contains only two simple words: “what if?”

When he first walked into the Navy SEAL recruiter’s office, Goggins was told that there were only 35 African-Americans in the past 70 years who had made it through. Goggins asked himself — “what if I could be the 36th?”

These days, he asks himself the same question whenever he’s struggling through a run. It’s this question that helps him get through when his body and mind are broken and begging for him to stop.

Seeing himself succeed and do the impossible gives him the shivers. That drives him to attack every day and challenge with a vengeance.

Goggins has a secret weapon that he calls upon when he’s about to break.

Like many others, he has a cookie jar that he reaches into for the occasional treat. But this jar doesn’t contain any of the things you might typically find; there are no Oreos or Chips Ahoy cookies in there.

Instead, it contains every setback he has overcome. He’ll remember that he’s a Navy SEAL, who’s completed hell week three times. He’ll remind himself that he’s been through this pain before — and survived. The obstacle in front of him is nothing compared to what he has faced.

“Even the toughest man, in times of suffering, we forget how tough we really are”

Goggins never dwells on his accomplishments. The only time he revisits them is when he needs extra fuel for a push he’s making. He allows himself to reach into his cookie jar only when there’s a need. It’s never a treat.

In contrast, I often find myself admiring a piece of work I’ve done that I’m particularly pleased with. Like many others who do this, it’s ego that’s being stroked here.

We would accomplish so much more if we spent our time doing the work, and then occasionally looking back at how far we’ve come. The cookie jar should be used for fuel, and not a distraction.

Lesson 6: Be Willing To Suffer

You wouldn’t know it, but Goggins hates running.

He hates it with a passion. Growing up, Goggins has always been on the larger side. He loved powerlifting and had the physique to show for it. But in the world of Ultra, such a large frame is virtually unheard of. It was just inefficient to move that much weight over such long distances.

Goggins knew he was going to suffer — that was precisely his plan. That was the only way he was going to raise enough funds for the Special Operations Warrior Foundation.

“People respond to pain. If I go out and wash cars for $10, who gives a damn? People want to see you throw up, cry and go through tremendous suffering.”

But for David Goggins, suffering is not just about raising funds. As he says:“suffering is the true test of life”.

Goggins isn’t training just for a race. He’s training for the tragedies that inevitably strike each and every one of us. He does this so he doesn’t fall apart if he gets the 2 A.M. call from the hospital informing him that his mother has passed away.

In other words, Goggins is the modern day stoic. But unlike the ancient philosophers who advised that we should periodically embrace suffering, Goggins has actually made suffering a habit.

Strengthen your mind and your resolve by voluntarily putting yourself through situations in which you struggle. Callus your mind the same way you do your hands. Take the path of most resistance every day of your life.

That’s how David Goggins has become the toughest man alive. And according to him, the happiest as well:

“Having lived the life I’ve lived, and having seen the other side, not being afraid to attack what was in front of me, has made me happy.”

Up until 2010, David Goggins had been living with an undetected congenital heart defect, which essentially left him with a hole in his heart.

The condition leaves his heart functioning only at 75 percent capacity and typically prevents people from engaging in activities such as scuba diving or anything at high altitude. And yet, David Goggins has led an exemplary military career, with multiple athletic achievements in his name.

It’s absurd what he’s been able to do despite the numerous disadvantages he was saddled with. Perhaps some of us are wired differently. Maybe he isn’t human at all.

Or maybe, we just need to leave our excuses at the door.

Originally published in The Medium