I played with this toy for hours and never had enough of it. There are only a handful of toys that were around when I was a kid and that my kids and today’s kids still enjoy. One toy is a product that has won “Toy of the Century” twice – LEGO. 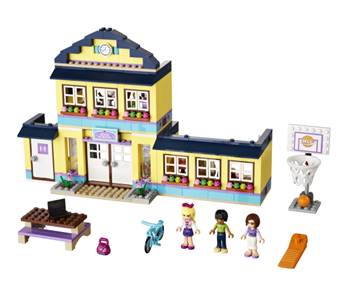 The LEGO brick as it currently exists was first sold the same year I was born, 1958. I spent many hours building all sorts of things with them as a kid. It was really exciting to get wheels because I could make cars and trucks.

The popularity of LEGO never seems to diminish. I was amazed to learn that in 2012, over 45 BILLION bricks were produced by LEGO. That is enough bricks to circle the globe, end-to-end, 18 times. LEGO also had an impressive 4.6 million people in their LEGO Club and 3.4 million Facebook likes.

The seemingly universal appeal of LEGO is on several levels. In raising our kids, I feel that free play is important in helping develop imagination and creativity. With LEGO they could explore, improvise and discover. LEGO encouraged them playing together.

LEGO has evolved since my time. They have kept relevant to enhance the play experience. When my kids were little, LEGO introduced themed kits like LEGOLAND Space. Now there are 32 different themes that appeal to contemporary play including DC Universe, Avengers Super Heroes and this year’s popular CHIMA The Lion CHI Temple, Friends Heartlake High and Galaxy Squad Hive Crawler. There enough themes to appeal to any imagination. As an example of how far LEGO has developed, they introduced LEGO MINDSTORM EV3 which incorporates programmable robotics! But I believe that LEGO is just plain fun. It is a thrill to see your kids together, creating adventures with joyful enthusiasm.

Even as they have grown up and become adults, we’ve never disposed of one piece of LEGO. They are all stored in a big tote. As we prepare to make our trek down to Toronto to celebrate the holidays together, I am making room for the LEGO filled tote. We’ll have fun creating together on Christmas– bringing some playfulness and imagination into our day.